In this article, we design a phenomenological model of the global h 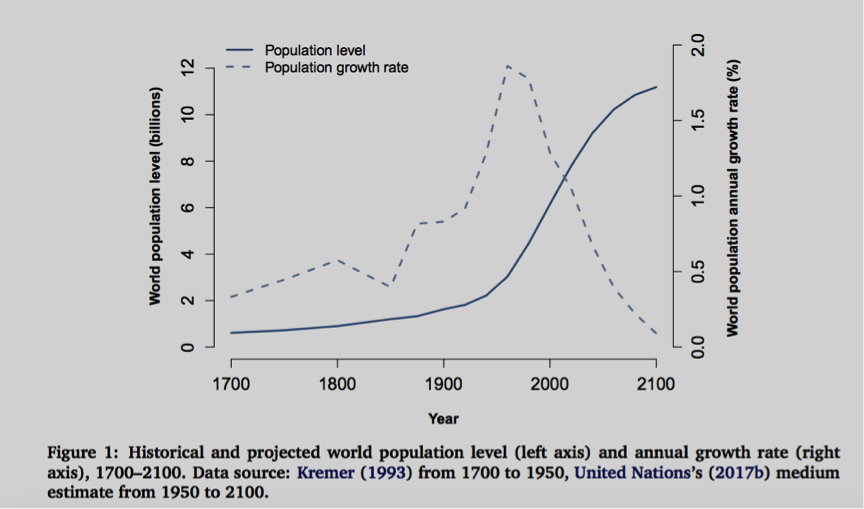 uman population dynamics by using the gross world product (GWP) as an exogenous input variable to determine the birth rate and death rates of each age group. Using a historical fit, we show that our model accurately reproduces the global population dynamics over the period 1950–2015. Under prospective GWP scenarios, our model yields very similar outputs for any increasing GWP trajectory. A major implication of this simulation result is that both the United Nations and the IPCC take no account of the historical relationship that prevailed between GWP and population from 1950 to 2015, and thus assume future decoupling possibilities between economic development and fertility that have never been witnessed during the last sixty-five years. Moreover, in the case of an abrupt collapse of the economic production, the population dynamics of our model responds with higher deaths rates that are more than offset by increasing birth rates, leading to a relatively larger and younger population. Finally, as the main purpose of our analytical framework is incorporation into Integrated Assessment Models, we investigate the response of our model to an excess mortality function associated with climate change. Estimates of additional deaths per five-year period due to climate change in 2100 range from 1 million in a +2◦C scenario to 6 million in a +4◦C scenario.

The paper can be downloaded freely: here