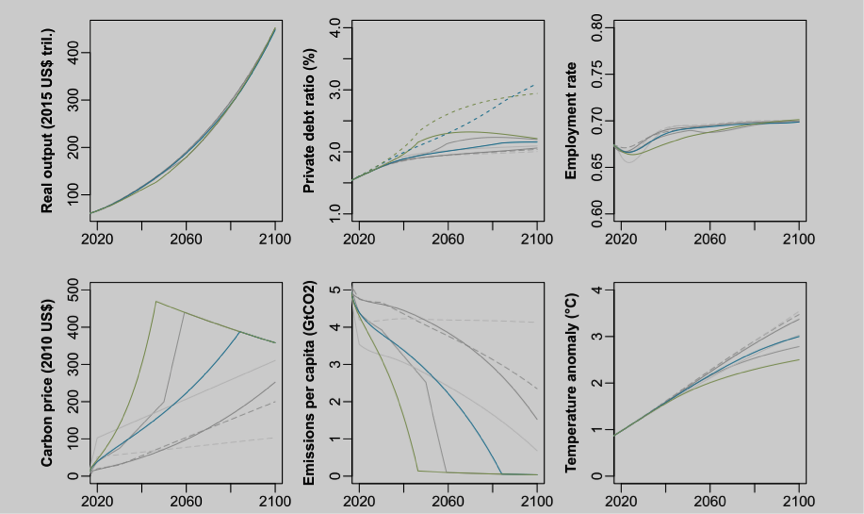 In a stock-flow consistent macrodynamic model featuring two crucial endogenous destabilizing channels, debt accumulation and climate change, we perform a sensitivity analysis on four fundamental parameters of the climate and economic systems: (i) the climate sensitivity, (ii) the inertia of the carbon cycle, (iii) the labor productivity growth, and (iv) the share of damages sustained by the capital stock. Our main findings are that there is a mere 0.5% chance of achieving the 2 °C global warming target of the Paris Agreement in a no policy scenario, while a carbon tax, and a carbon tax plus a subsidy to mitigation efforts, increase that probability to approximately 6.5% and 25.6% respectively. We also investigate the trade-off between mitigating climate change damages and staying in a sustainable debt trajectory. While implementing effective climate policies comes at the cost of increasing the debt burden, shifting some of the debt burden to the public sector significantly reduces the chance of overstepping a threshold of unsustainable debt.

The paper can be downloaded freely: here